A Long-Lost Tribe is Ready to Come Home

Editor's note: In 1997 Stephen Epstein traveled on a ten-week trip that took him to India, Pakistan, Uzbekistan, Tunisia and Israel. He spent Purim with the Bnei Menashe in Manipur, India. 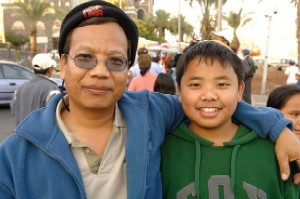 In North East India, in the land mass that lies between Myanmar (formerly Burma) and Bangladesh, there lives a small group of people who have been practicing Judaism for more than 25 years. They have not taken on a "new" religion. These people, in fact, have returned to the religion of their ancestors. They call themselves Bnei Menashe, descendants of the Tribe of Menashe, one of the ten lost tribes.

In North East India, in the land mass that lies between Myanmar (formerly Burma) and Bangladesh, there lives a small group of people who have been practicing Judaism for more than 25 years. They have not taken on a "new" religion. These people, in fact, have returned to the religion of their ancestors. They call themselves Bnei Menashe, descendants of the Tribe of Menashe, one of the ten lost tribes. In the time of the first Temple, Israel was divided into two kingdoms.

The oral history of Bnei Menashe that was passed down for 2,700 years describes their escape from slavery in Assyria to Media/Persia. From there they moved on to Afghanistan, mostly through less-traveled areas, ever on the lookout for kings or powerful people who might drag them back to slavery. From Afghanistan they traveled toward Hindu-Kush and proceeded to Tibet, then to Kaifeng, reaching the Chinese city around 240 B.C.E. The Bnei Menashe believe that while in China their ancestors were enslaved yet again.

During their years there, large numbers of the Israelites were killed and their assimilation started. These events caused the Israelites to flee and live in caves. The group was expelled in 100 C.E. and their "leather scrolls" were confiscated and burned. At that point different groups went in various directions. Some went down the Mekong River into Vietnam, the Philippines, Siam, Thailand and Malaysia, while some of the Israelites moved to Burma and west to India. Till today, some people refer to these people as "Shinlung" the "cave dwellers."

Today, the descendants of those Israelites who settled in India and Burma have different names depending on where they live. Some are known as Shinlung, some Kuki, Mizo, Lushai or Mar. In 1894, Christian missionaries arrived to the Manipur area of North East India, intent on converting the local population. The Kukis, having been brought up with an oral history of their link to their ancestor "Manmaseh" and other stories, recognized some of the Bible stories. They eventually converted to what they thought was the religion of their ancestors and began practicing Christianity. One Bnei Menashe song, which had been handed down and carried throughout their travels, describes part of the Exodus from Egypt: 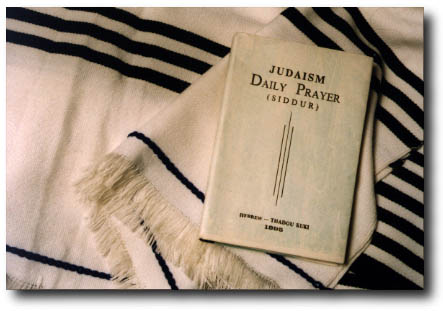 In 1951, a Pentecostal minister named Tchalah had what he believed to be a prophecy from God. He was told that his people must return to their original land and the religion they came from, before the war of Armageddon. Additional prophecies led him to write to the Knesset, but the fledgling State of Israel did not invite Bnei Menashe home, nor did Tchalah's movement grow significantly. About 20 years later, some Kukis who were dissatisfied with Christianity started researching the origins of their religion and realized that they were not descended from Christians, but from Jews. They discovered that their tradition of being the "children of Manmaseh" actually referred to the tribe of Menashe.

Small numbers started to learn and practice Judaism. During the process of their research and return to Judaism, contact was made with Rabbi Eliyahu Avichail in Jerusalem. Rabbi Avichail - founder of Amishav, an organization dealing with the dispersed of Israel - took a strong interest in this small but dedicated group. Evidence of their Jewish roots is very strong with customs such as performing circumcision on the eighth day following birth, honouring levirate marriages, offering sacrifices on altars and wearing shawls that resemble the Talit. Despite this evidence, rabbinic authorities determined that the status of these "cousins" to be that of "safek Jews." Since their Jewish status is not known for sure, they require conversions to be considered Jewish.

Over a period of years the group grew, and today there are about 5,000 practicing as Jews in North East India and across the border in Myanmar. The Kuki and Mizo tribes comprise about 1.5 million people. Those who call themselves Bnei Menashe are only a small part of the larger Kuki tribe. Unlike the Naga tribe they live beside, the Kukis are seen as outsiders and transient. Manipur is a closed area, requiring special permits for outsiders to visit because of the fighting. The Nagas hope to rid the region of the Kukis. The morgue in Imphal, Manipur's capital, displays a sign for a coffin maker. Business is brisk with people being killed almost daily in the battle between these groups. Most recently, the village of Churachandpur was attacked, residents killed, the synagogue destroyed and the homes of the Kuki residents burned. If these people are not permitted to move to Israel soon, this lost tribe might become lost forever.

More than 300 Bnei Menashe have gone to Israel, where they have undergone conversion and have settled with the help of Rabbi Avichail and Amishav. Many live in the Gush Katif area, work in agriculture and serve in the army. The rest of Bnei Menashe would like to move to Israel and join the few who have been able to obtain permission from the Israeli authorities to move back home. Past experience with other immigrations might explain Israel's fear that these people are "economic immigrants" "opportunists" and not true Jews.

Bnei Menashe look to Zion, not for washing machines or microwaves but for a fulfillment of a dream they carried with them during their exile of 2,700 years. A stanza of a modern poem they wrote speaks volumes:

Won't thou forgive me still, I pray;

Yet I don't think time is a barrier;

When the day of promise arrives...

For additional information I suggest reading: Across the Sabath River

One of the first lost tribes to reconnect with their ancient roots is the Bnei Menashe of India.

The Bnei Menashe come from Aizawl, in Mizoram Province and Churachandpur and Imphal in Manipur Province.